Lemurs are only found on Madagascar and the Comoros. They differ from monkeys in physique, which is mostly marten or cat-like. Other striking features of the lemurs are their moist nose and the scent glands, which are located in various parts of the body. The secretions from the scent glands are used for marking. They are an important means of communication.
Most of the large lemur species are acutely threatened with extinction. Farmers clear and burn the forests, destroying the habitat. Lemurs are also a popular Malagasy food. The animals are therefore hunted intensively.

The red ruffed lemur are among the largest lemurs, weighing over four kilograms. In Masoala the red ruffed lemur live in groups of up to 32 animals, but sometimes one can also find smaller family groups of five to six adults and some young animals. The individual lemur groups inhabit a territory, which they mark with the secretion of their glands. In order to avoid confrontation with neighbouring groups, they call through the rainforest at a loud volume, thus marking their claims of ownership. To amplify their voice, the lemurs have a throat sac between the trachea and the oesophagus. Three quarters of the red ruffed lemurs' diet consists of fruit. In addition, there are flowers, nectar and leaves. In the wild, red ruffed lemur are most active just after sunrise and just before sunset. Nocturnal activity has also been observed sporadically. The female lemurs builds a nest formed from branches, leaves and mosses, where she houses the young during the first three weeks after birth. The mother transports the young with her mouth. Normally two to three young are born. However, five young have also been observed. Female lemurs have three pairs of teats, one pair in the breast region and two in the abdominal region.

Zurich Zoo's biggest commitment to nature conservation is in the Masoala region of Madagascar. Every year it contributes at least 125,000 US dollars to the operating costs and the sustainability fund of Masoala National Park. In addition, projects for rainforest conservation, reforestation, sustainable agriculture, water supply and hygiene as well as school education for children are supported in surrounding communities. These projects provide communities with economic alternatives to slash-and-burn agriculture, and are implemented in close collaboration with Masoala National Park, the Wildlife Conservation Society (WCS), and Medair.

to the conservation project 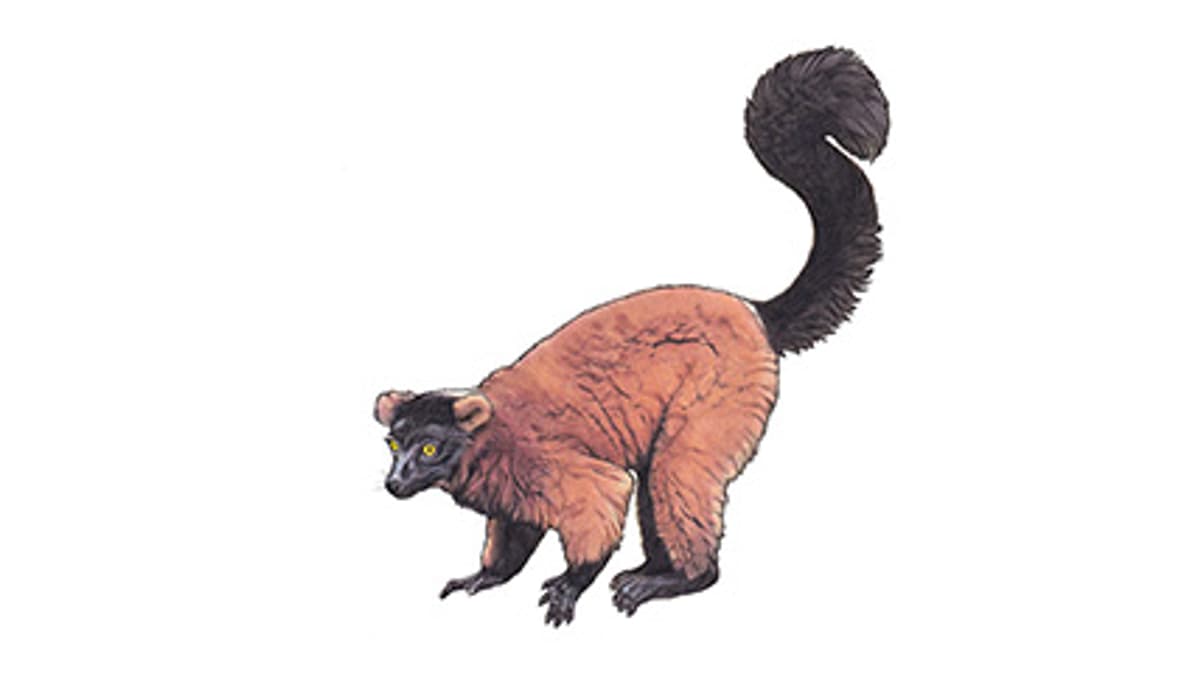