The white rhino was almost wiped out at the beginning of the 20th century. Strict conservation measures have led to the recovery of the southern white rhino subspecies. The northern white rhino has been considered extinct in the wild since 2008. In March 2018, the last male northern white rhino "Sudan" died in the Ol Pejeta reserve.
In addition to frequent droughts, poaching is the biggest threat to the rhinos; Hunted for their horn, which is made of keratin, like our fingernails, toenails or hair. In Chinese medicine, the horn is considered an impotence treatment, which is why it is traded expensively on the black market and further spurs poaching. 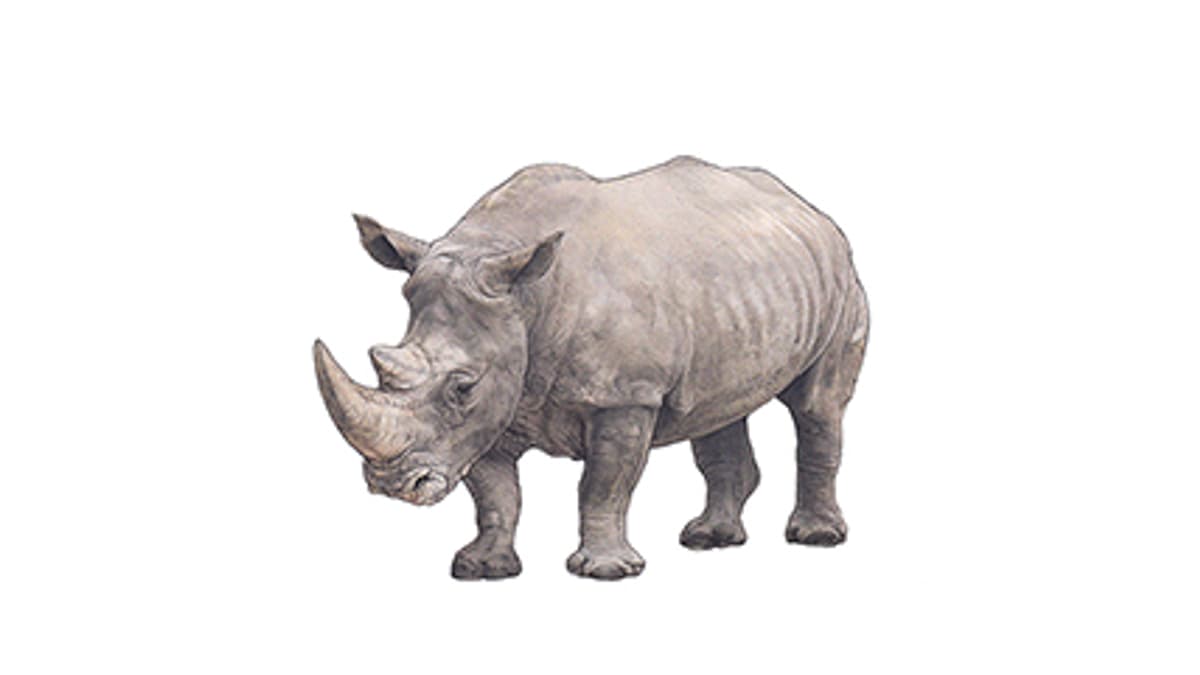