Lions are divided by most scientists into twelve different subspecies, virtually all of which occur in Africa. Only the Asiatic lion is a subspecies that occurs in Asia. About 2000 years ago, this lion inhabited a range that extended from Bulgaria and Greece to India. Today, these lions are only found in Gir National Park in the Indian state of Gujarat.
The Asiatic lion was virtually extinct by 1913. The ruler of Gujarat, himself a big game hunter at the time, placed the last 20 animals in the Gir forest under protection. In 1955, India banned lion hunting. Ten years later, a 1412 square kilometre sanctuary for Asiatic lions was created in the Gir forest.
In the meantime the population is over 500 animals. This means a massive overpopulation for the relatively small protected area. Lions can therefore also be found outside the reserve, where conflicts with humans are frequent. Zurich Zoo has supported a project to establish a second sanctuary in India for several years, so that surplus animals can be relocated.
Asiatic lions are somewhat smaller than their African relatives. They are also distinguished by a longitudinal skin fold on the belly, which Africans lack. Unlike most African subspecies, the mane hair of the male Asiatic lion is rather short. Furthermore, African and Asiatic lions differ by minor differences in skull structure. 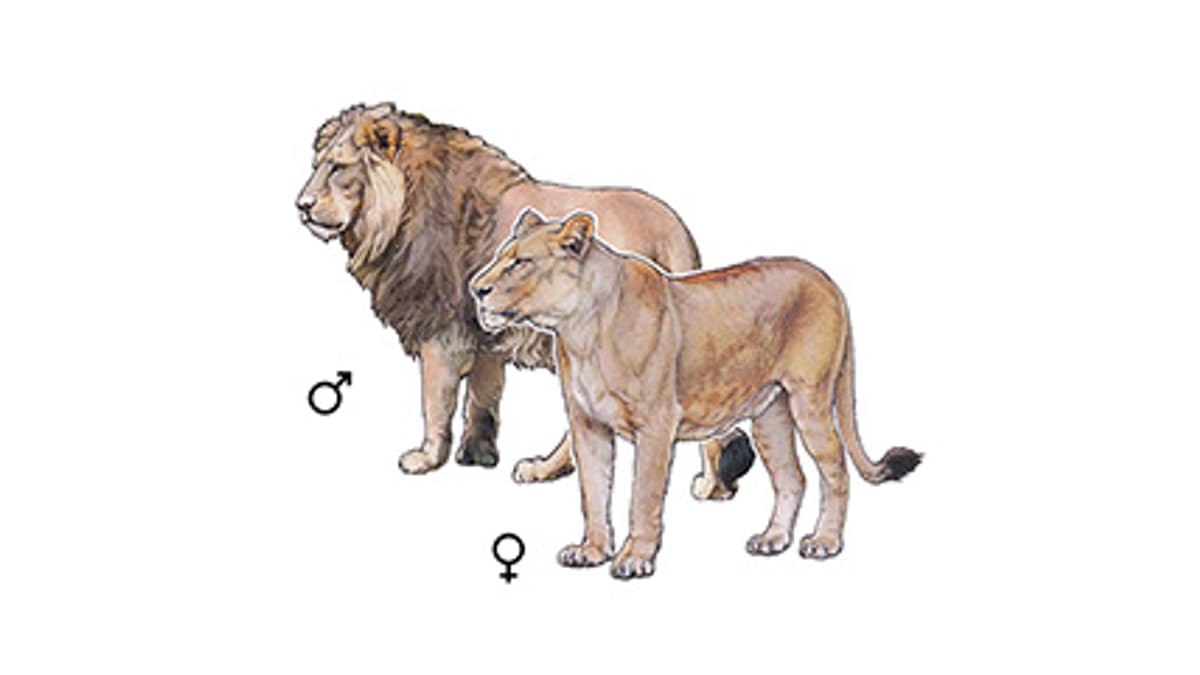